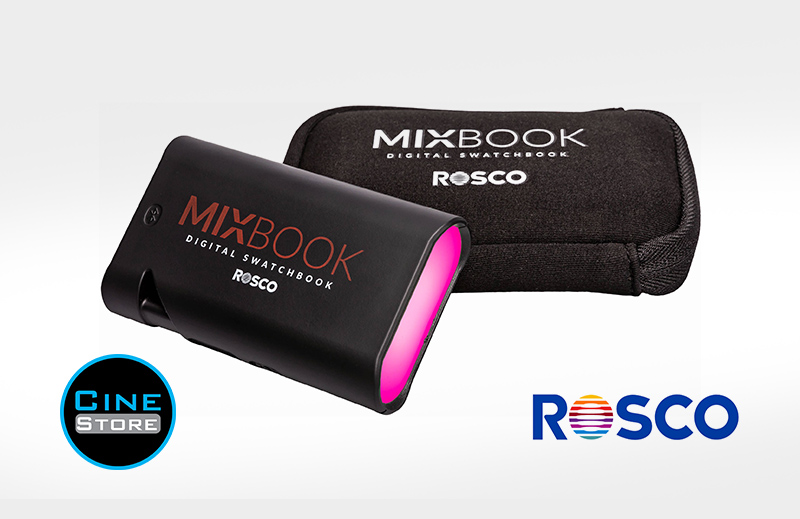 Almost everything in our lives has evolved from analog to digital – our cameras, our phones, our light fixtures – and now, so has the Rosco swatchbook. Introducing MIXBOOK, the world’s first digital swatchbook for lighting professionals to previsualize their LED color choices.

The digital world of LED lighting has made life on set a lot easier in many ways. There is one aspect, however, that has been made more difficult, and that is previsualizing color choices. A flashlight and a Rosco gel swatchbook used to do the trick – but how do you replicate that for LED fixtures? Practically any color can be selected using a color picker on a lighting console or in a lighting control app – but what is that color really going to look like on set when you send that data to the light? Rosco’s new MIXBOOK can provide those answers. 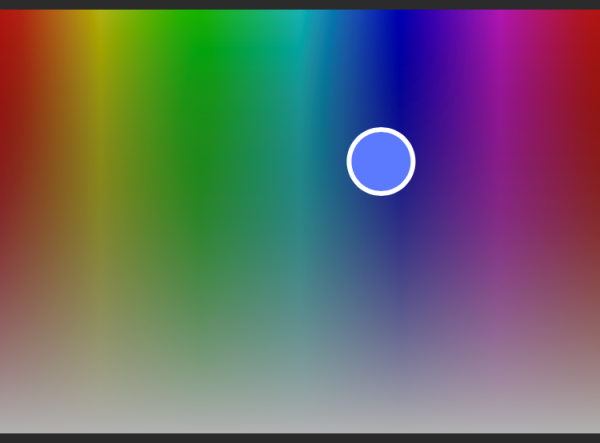 Selecting colors from a screen or monitor can be a very frustrating process. If you’ve ever looked at a color picker screen like the one above and wished for a way to actually see that color – before its washing on set – you will want to have a MIXBOOK.

A new trend on set has been choosing colors on the fly – possibly because, up until now, there has been no digital swatchbook to assist in choosing LED colors ahead of time. A standard, RGBW LED light has the capability of creating over 4.2 billion different colors (255 x 255 x 255 x 254). Imagine the size of THAT gel swatchbook! MIXBOOK gives lighting professionals the ability to evaluate all of those colors during pre-production/design, without having to hook up a cumbersome light and console every time they want to explore a color. 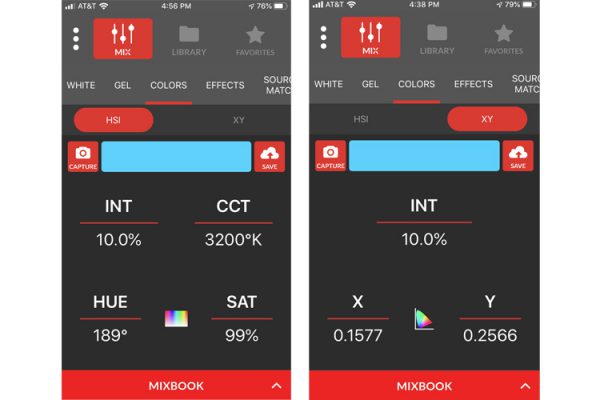 MIXBOOK communicates via Bluetooth with our myMIX App to provide a color language that all departments on a production can use to explore, experiment and evaluate LED color – even if they’re working together for the first time. Through the app, users can generate their desired color by choosing a color in our HSI color picker, which will provide them with the hue, saturation and intensity levels of the color they’ve selected. They can also choose a color in the CIE 1931 color space, which will provide users with the xy coordinates of the selected color. From there, they can send that color to MIXBOOK to actively explore the performance of that color in an environment, and modify it until they’ve created the color that works best. Once the desired color has been created, they can save it to the cloud and capture the Hue, Saturation and Intensity levels or the xy coordinates of the color for programming their console later. 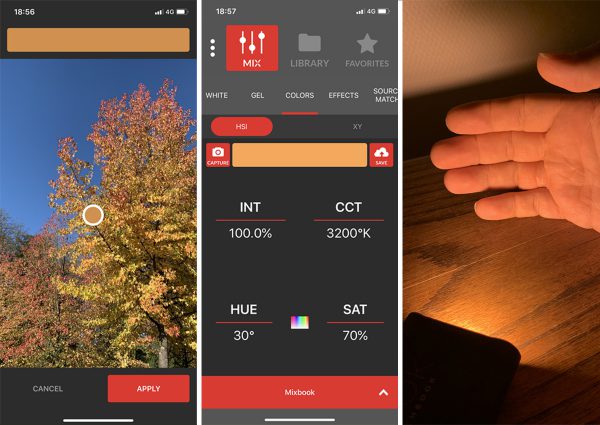 Lighting professionals find inspiration from the illumination they see in the real world, and many will snap a photo of that light for reference later. Utilizing the unique Capture function of the myMIX app, users can select a portion of a photo and send that color to their MIXBOOK – enabling them to explore how those natural lighting colors might render when created by an LED fixture. 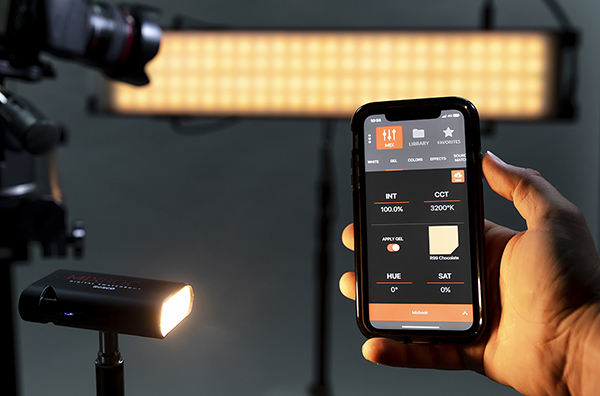 MIXBOOK contains the same six-chip LED technology found in our DMG Lumière MIX® fixtures. This enables lighting professionals to produce the 130+ True Rosco Color™ gel matches found in the myMIX app. In addition, filmmakers can create perfect color matches between their MIXBOOK and any MIX lights they have on set. Testing colors with a MIXBOOK and a spectrometer provides filmmakers the ability to explore different LED color palettes with the other department heads during pre-production – instead of while they’re shooting when there is no time to spare. It’s also a useful tool to have along for testing light colors on a location scout. Once they’ve tested their color choices with MIXBOOK – they can then use the myMIX app to send those same colors to the MIX lights they’ve got on set.